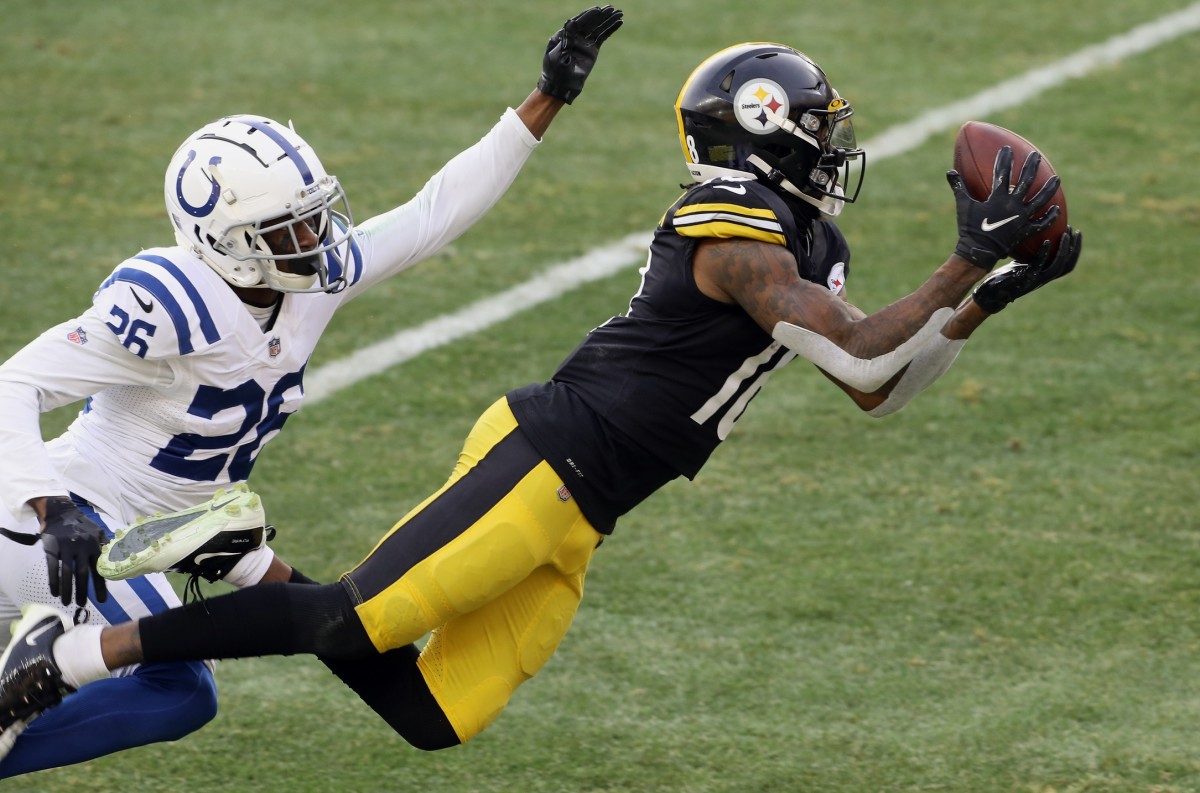 The Pittsburgh Steelers entered week 16 of the NFL season on a three-game losing streak and were in jeopardy of losing out on a division title that looked like a sure thing just a few weeks ago.  During the week, Pittsburgh held a team meeting and Head Coach Mike Tomlin spoke with players to try and get things turned around with just two games remaining in the regular season.  Through the first thirty minutes of this game against the Indianapolis Colts, at Heinz Field, it looked like a fourth straight loss was on the horizon.

After a three and out to start the game by Pittsburgh, Indianapolis would march down the field and pick up a 7-0 lead on a 6-yard touchdown run by Jonathan Taylor.  The Steelers would answer early in the second quarter after a fumble recovery gave them the ball at the three-yard line.  James Conner would find pay dirt from 1-yard out to tie the game at seven.  The Colts would go on to own the rest of the quarter.  Taylor would collect another rushing touchdown with 6:35 left in the half and then Philip Rivers would connect with Zach Pascal on a 42-yard touchdown pass, a little over two minutes later, to go ahead 21-7.

Indianapolis would collect their final points of the day with 9:32 remaining in the third quarter on a 28-yard field goal by Rodrigo Blankenship.  Pittsburgh would then begin their comeback later in the quarter.  Ben Roethlisberger would throw the first of his three touchdown passes when he found Diontae Johnson down the field for a diving 39-yard touchdown pass.  Early in the fourth quarter Roethlisberger connected with former Colt Eric Ebron for a 5-yard touchdown pass, as the Steelers now trailed by three.  Seven minutes later the comeback would be complete on a 25-yard touchdown pass from Big Ben to JuJu Smith-Schuster.

The offensive output in the second half was impressive and made most fans wonder where this has been the past three weeks.  Roethlisberger finished the day with 342 yards passing with three touchdown passes.  Smith-Schuster led the way with nine receptions and 96 yards receiving with one touchdown catch.  The run game was horrendous once again as they only managed 22 yards on the day with Conner accounting for 20 of them.

The defense would also step up their game in the second half of this 28-24 victory.  Overall, it was T.J. Watt leading the way two sacks.  Cam Heyward, Avery Williamson, and Stephon Tuitt collected one apiece.  Williamson also stepped up to lead the team with fourteen tackles.  Mike Hilton would be responsible for one interception and a fumble recovery.

This was a much-needed win for Pittsburgh, not only as it clinched the division title, but it also gave the team a boost of confidence moving forward.  With the win the Steelers will either be the number two or three seed in the AFC when the playoff bracket is set next Sunday.  Now they will turn their attention to a road game with the Cleveland Browns on January 3.  Cleveland is looking to lock up a playoff spot with a win, and we know just how much Steeler Nation would love to see their playoff drought continue by handing them another loss.