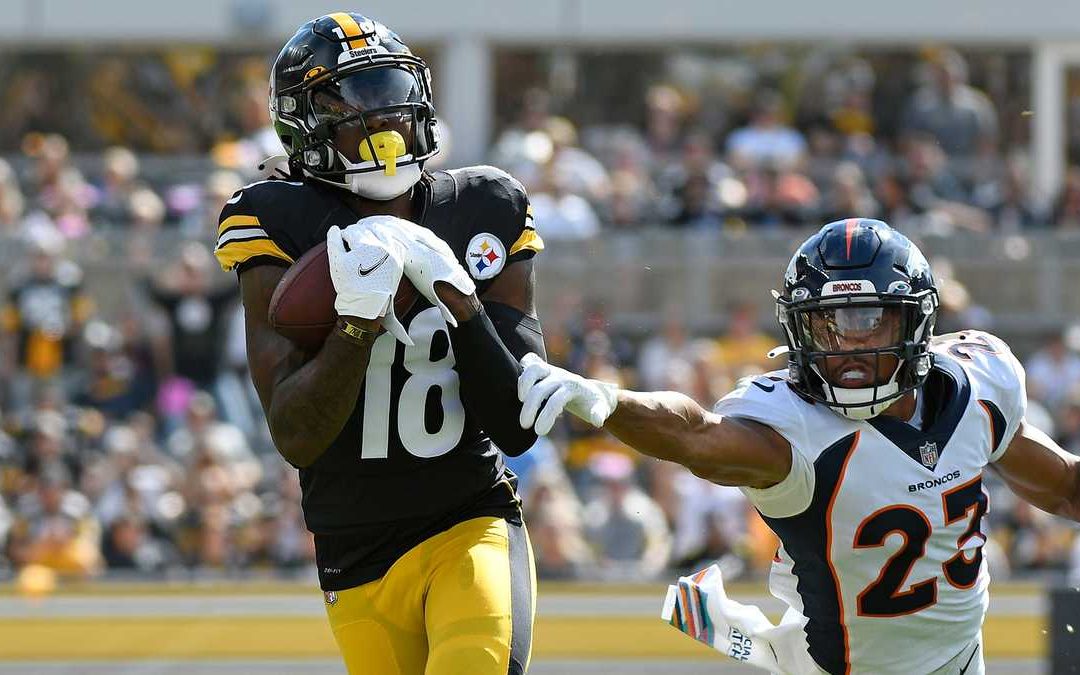 The Pittsburgh Steelers were in desperate need of a victory when they took the field this afternoon at Heinz Field.  Their opponents, the Denver Broncos, were coming off their first loss of the season a week ago, while Pittsburgh needed a victory to give themselves a chance in the top-heavy AFC North division.

After building a big lead midway through third quarter, the Steelers held off a Broncos’ comeback, tallying their second win of the season with a 27-19 victory.

In order to get back on the winning track this season, it was the general consensus by experts and fans alike that this team needed to get some production on the ground, and that is exactly what they this afternoon.  Najee Harris had 122 yards on 23 carries and a touchdown.  Ben Roethlisberger, despite losing a fumble in the first quarter, played well today, throwing for 253 yards and two touchdowns.

A touchdown pass from Roethlisberger to Diontae Johnson from 50 yards out gave the Steelers an early 7-0 lead.  Denver answered with a 39 yard field, but a 48 yard kick made by Chris Boswell once again made it a 7 point lead after the first quarter.

After another field goal by the Broncos cut the lead to 10-6, Pittsburgh ended a 6 play, 63 yard drive with a one yard score by Harris to make it 17-6 at halftime.

Denver’s first possession of the second half sputtered, and after punting it away, they gave up a 14 play, 81 yard scoring drive to the Steelers, capped off by an 18 yard touchdown pass from Roethlisberger to Chase Claypool.  Pittsburgh led 24-6 and it looked as though this one could turn into a blowout.

The Broncos made another push down the field, but came up short, solidifying the victory for Pittsburgh.  Phew.  This was as close to a must-win game as there is in a week five matchup, and the Steelers kept their division relevancy alive with the victory.

Another massive game looms next week, as the Steelers will welcome the Seattle Seahawks to Heinz Field in prime time on Sunday night.