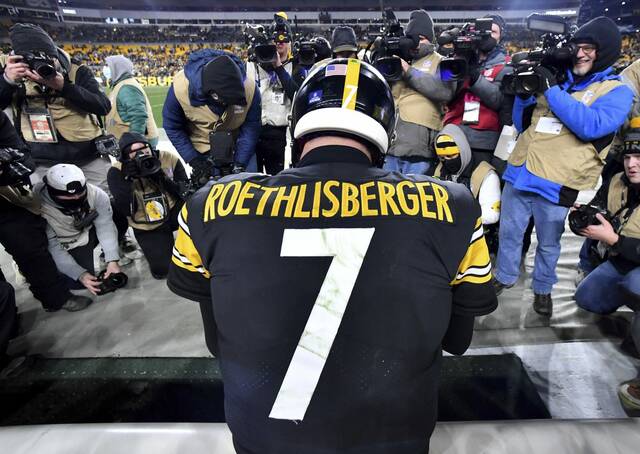 It was an emotional Monday night at Heinz Field for the Pittsburgh Steelers and their fans.  It has been hinted at these past few weeks that their game with the Cleveland Browns would be the last time that quarterback Ben Roethlisberger played at the confluence of the three rivers.  Roethlisberger has been the quarterback for eighteen years now, and during that time has made many memories for multiple generations of Steelers fans.

Of course, emotions are always running high when Pittsburgh welcomes their longtime rivals, the Cleveland Browns to town.  The last time Cleveland played at Heinz Field they won a Wild Card game and looked to be establishing themselves as a long-time power in the AFC North.  Their losing record and being eliminated from playoff contention entering the night, shows that expectations can change quickly in the NFL.

Though they will need some help in the final week to make the playoffs, Pittsburgh still has a chance after defeating the Browns by the final of 26-14.  The game was never in doubt, as the Steelers led wire to wire and were driven by a stingy defense that attacked Cleveland quarterback Baker Mayfield all night long.  Mayfield threw two interceptions, to go with two touchdowns, and was sacked nine times on the night, four of which came from T.J. Watt.  Watt is now just 1.5 sacks away from breaking the record for most sacks in a season.  He also should heavily be the favorite to win Defensive Player of the Year.

Pittsburgh leaned mightily on the leg of Chris Boswell, which is something they have done all season.  Boswell would go 4-4 on field goals, with kicks coming from 22, 30, 50, and 48 yards out.  He was also 2-2 on extra points.  Najee Harris easily had the best game of his rookie season, carrying the ball 28 times for 188 yards and one touchdown.  The one touchdown came on a 37-yard run late in the fourth quarter to ice the game.  He also had a memorable stiff arm that will be on his highlight reel for years to come.

Of course, this night was about Roethlisberger and for good reason.  From a stats perspective this was not a good night for him, going 24-46 for 123 yards with a touchdown and an interception.  While it is sad to see him go, especially knowing how hard it is to find a reliable starter, nights like these show that it is time for “Big Ben” to ride off into the sunset.  Thankfully he was able to get one final win on the North Shore and had an opportunity to have the fans to thank him for many years of great memories.  The Steelers will now wrap up the 2021 regular season on Sunday at 1:00pm against the Baltimore Ravens.