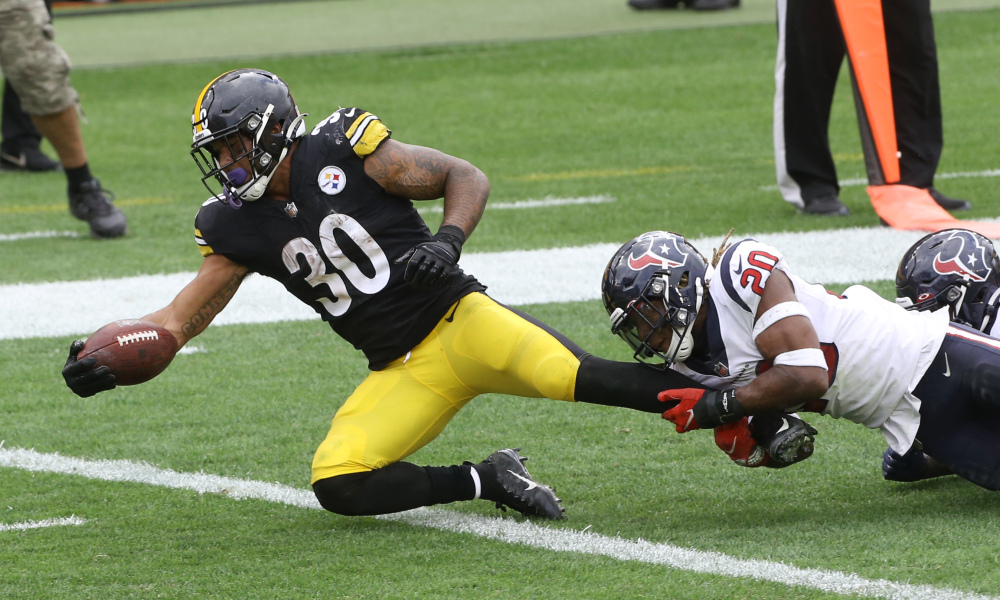 The Texans took their biggest lead of the game early in the second quarter when David Johnson rushed for a two-yard touchdown with 11:32 left in the first half.  The Steelers would score fourteen unanswered points a little under four minutes apart.  The first occurred when Ben Roethlisberger connected with Eric Ebron for a 10-yd touchdown pass.  Roethlisberger then found a wide-open JuJu Smith-Schuster on a 26-yd touchdown pass.  Houston countered before the half on a 24-yd touchdown pass from Watson to Will Fuller V with just :24 left until halftime.

The second half would completely belong to Pittsburgh.  The Steelers got to within one of the Texans in the third quarter when Boswell booted a 26-yd field goal.  In the fourth quarter Pittsburgh would take the lead for good with 6:24 remaining on a James Conner 12-yd touchdown run, a two-point conversion pass from Roethlisberger to Smith-Schuster sealed the deal on a 28-21 Steelers victory.

Early on it looked like Houston may come into Heinz Field and pull off an upset.  They seemed to have the Steelers defense on their heels and the offense had trouble finding a rhythm.  However, it looked like Pittsburgh made all the necessary halftime adjustments to remain undefeated on this young season.  The Steelers will have a big test next week as they hit the road next week to play an undefeated Tennessee Titans team.  Tennessee made a surprising run to the AFC Championship game last year, and look to advance even further this season.  Kickoff is set for 1:00pm on CBS.