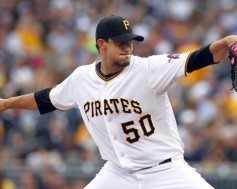 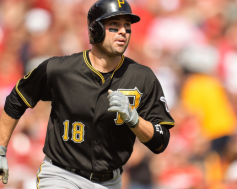 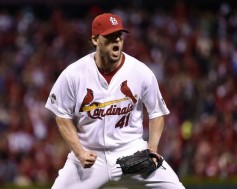 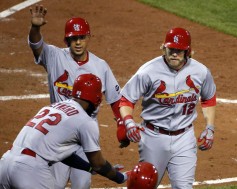 There was plenty of hype coming into this three game series between the Pittsburgh Pirates and St. Louis Cardinals. Three days later it was all for not, as St. Louis would wrap up their third straight Central Division title by defeating Pittsburgh 11-1 in game two of a day/night doubleheader. The loss would send the Pirates to their third straight Wild Card game appearance.

After a healthy dose of offense in game one by the Buccos, they could not figure out Cardinals starter Tyler Lyons. Lyons would pitch seven innings and allow four hits, to go along with five strikeouts and no walks. His counterpart, Charlie Morton, would only last two innings and give up five runs on four hits, with one strikeout and walk... 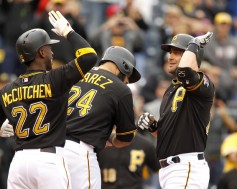 After Monday night’s 3-0 loss to the St. Louis Cardinals, the Pittsburgh Pirates’ chances at a division title looked awfully bleak.  The Bucs needed to win the remaining five games of the regular season, including two against the Cards today, and St. Louis would need to lose four of their final five.

Well, so far so good…the Pirates used the long ball against Michael Wacha on their way to an 8-2 victory over the Cards at PNC Park.

Pittsburgh jumped out to the early lead on a solo homerun by Neil Walker in the second inning... 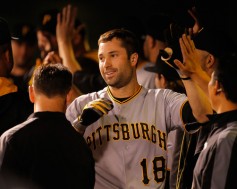 Coors Field is a dangerous place to play. The runs are aplenty, and when facing a high-powered team like the Colorado Rockies, anything can happen in this, another must-win game and series for the Pittsburgh Pirates. But the Bucs’ offense stayed hot tonight, led by Neil Walker and Starling Marte, as they got out to an early lead and beat the Rockies 13-7.

It looked as if it was going to be another crazy night at the ballpark, but after 13 runs were scored through the fifth inning, the Bucs’ bullpen shut the Rockies down. Joe Blanton, Joakim Soria, and Tony Watson pitched scoreless innings, and Arquimedes Caminero, despite giving up a run, closed things down in the ninth.

As is the case in most games played in this city, the starting pitchers struggled tonight on both sides. Charlie M... 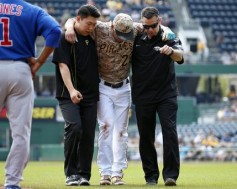 The Pittsburgh Pirates are in the midst of a slump, and it is not coming at a good time of the year. After today’s 9-6 loss to the Chicago Cubs, they now hold only a two game lead over Chicago for the top Wild Card spot. They also currently sit 4 ½ games back of the St. Louis Cardinals for the top seed in the National League.

Early on both teams were roughing up on the starting pitching. The Cubs would score six runs, five earned off of starter Charlie Morton. Morton would only last four innings, while giving up nine hits to go along with five strikeouts and two walks. The Pirates would respond with four runs off of Kyle Hendricks. Travis Snider started the home run barrage with a solo shot to center in the second. Two more long balls would take place in the third. Gregory Polanco would... 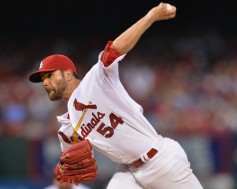 Jaime Garcia pitched an absolute gem today for the St. Louis Cardinals, giving up just four hits and a walk while striking out nine batters in seven innings, beating the Pittsburgh Pirates 4-1 at Busch Stadium.

One day after snapping a four game losing streak with a decisive 9-3 victory over the Card, the Bucs returned to action this afternoon in the second of a crucial three game series. But after igniting the bats against Carlos Martinez and the St. Louis bullpen yesterday, the Pirates were held in check throughout most of this game by Garcia & Co.

The Cardinals scored a pair of runs in the second inning against Charlie Morton. Kolten Wong walked with one out, and moved to second when Jon Jay was hit by a pitch. Garcia bunted the runners to second and third. After Matt Carpenter walked t... 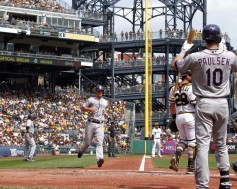 Pirates Blanked In Finale With Rockies

After winning the first two games of this three game series, it was highly probable that the Pittsburgh Pirate were going to sweep the Colorado Rockies. They were playing an inferior team, while at home, where they have one of the best records in baseball. That was not to be, as after nine innings they were on the wrong side of a 5-0 final.

In a game like this, it would be easy to blame the starting pitcher for a loss, but Charlie Morton did not receive any help from the offense. Morton would go six innings, allowing five runs, three earned, on six hits while striking out six and walking two. He would not help himself in the sixth as two runs would score on a throwing error he committed.

Colorado would get a great outing out of their starter Jorge De La Rosa... 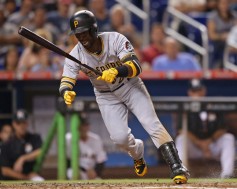 The Pittsburgh Pirates have not played good baseball thus far on this short road trip. Although the won the first of this four game series against the Miami Marlins, they stranded a lot of baserunners and didn’t play very inspired baseball. Tonight, sloppy defense by the Bucs paired with timely hitting by the Marlins led to a 5-2 victory for the home team.

Charlie Morton started for Pittsburgh, and after a relatively strong start, ran into trouble in the middle innings, and certainly didn’t have the help of his defense. Chuck gave up five runs (four earned) on eight hits in 5.1 innings. Jared Hughes and Antonio Bastardo pitched the latter innings for the Bucs in a losing effort.

Pittsburgh took the lead in the first inning on an RBI single by Aramis Ramirez, scoring Andrew McCutchen, w...