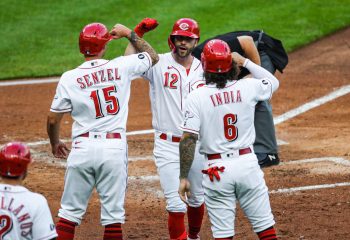 If starting pitching is the key to a team’s success over the course of a 162 game schedule, then the Pittsburgh Pirates area headed to a long season.  Through their first four games of the season no starter was overly impressive and tonight he were downright horrible.  Trevor Cahill made his first start in a Pittsburgh uniform and I’m sure that many fans hope it is his last.

Cahill would pitch four innings and during that time he would allow seven runs on nine hits to go with four strikeouts.  The only positive thing is that he didn’t walk anyone during that time.  The bullpen was once again tasked to eat innings and that didn’t go smoothly either.  Clay Holmes collected only one out, but did allow five runs on three hits with two walks.  He was replaced by Duane Underwood Jr.,... 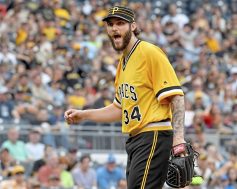 The Reds took the lead in the top of the second on a solo homerun by Aristides Aquino.  Brian O’Grady’s solo homerun in the fifth inning put them in front 2-0.  A sacrifice fly by Jose Osuna in the bottom of the sixth cut the lea... 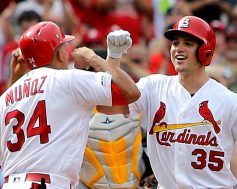 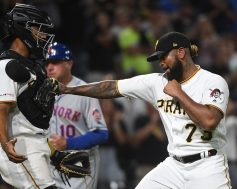 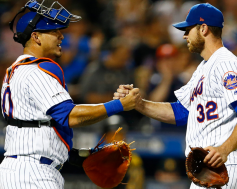 The Pittsburgh Pirates lost their seventh straight game last night, falling 3-0 to the New York Mets.  They are now twelve games under .500, in last place in the N.L. Central, 10 games out of first place in the division, and 9 games out of the final wild card spot.  In fact, the Pirates currently have the second worst record in the entire National League.

Trevor Williams started for Pittsburgh last night, and overall, he pitched well.  He did run into trouble with the long ball, though, and it cost him mightily.  He fell to 3-4 on the season, giving up three runs on four hits in seven innings.  He was out-pitched by his mound opponent, Steven Matz, who pitched a complete game shutout, giving up just five hits and striking out seven while earning his sixth victory of the season. 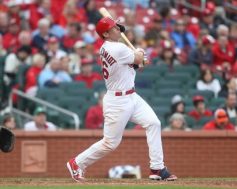 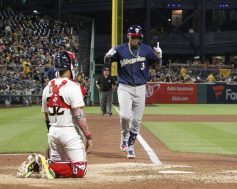 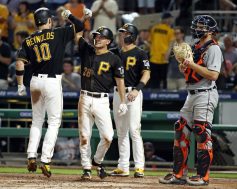 The old saying is that pitching wins championships.  The Pittsburgh Pirates are far from a championship caliber team with their current rotation, but they do have an offense that can keep them in games.  That was the case tonight as they overcame a six-run deficit to defeat the Detroit Tigers by the final of 8-7.  Two bad innings by Trevor Williams, who made his return from the IL, put them in a bad spot.

Williams would work five innings and allow seven runs on nine hits to go with seven strikeouts.  He was throwing strikes all night, hence the zero walks, but when he wasn’t getting swing and misses Detroit was hitting him hard.  Kudos to Clint Hurdle for allowing him to work through five innings... 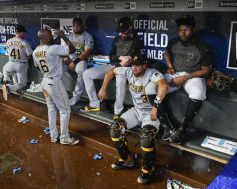 The Pittsburgh Pirates were in desperate need of a strong performance from Chris Archer on Tuesday night.  Unfortunately, the Bucs’ starter struggled again on the mound, and the Pirates dropped their fifth straight game, a 7-5 loss to the Atlanta Braves.

Archer fell to 4-6 on the season, giving up seven runs on eight hits, including five homeruns, in six innings of work.  Despite giving up four homeruns in the second inning, Clint Hurdle stuck with Archer through six innings, trying to preserve a severely overworked bullpen.  The result was another difficult evening on the mound for Archer, who has regressed significantly since the trade to Pittsburgh.

The Pirates took the lead in the top of the first on a two run single by Josh Bell.  But the Braves answered with four solo homeruns i... 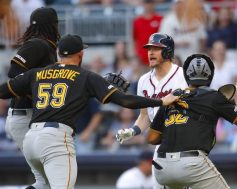 It is hard to imagine things getting any worse this season for the Pittsburgh Pirates, but every day something else presents itself.  Prior to first pitch with the Atlanta Braves, it was announced that Jordan Lyles had been placed on the 10-day IL with hamstring tightness.  Just four pitches in the bottom of the first Joe Musgrove and Clint Hurdle were ejected after Musgrove hit the jersey of Josh Donaldson with a pitch.

The benches would clear and after some shoving, both Musgrove and Donaldson were ejected with Hurdle quickly to follow.  This doomed Pittsburgh for the rest of the night, as an underperforming bullpen was tasked to cover an entire game.  Atlanta would hit five home runs on the night to go along with thirteen hits, in a 13-7 victory.

The Pirates led in this game after J...