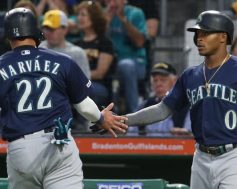 Seattle controlled the game from start to finish, and one could assume that the Pirates had their minds elsewhere.  Dee Gordon plated the first run tonight in the second inning on a sac fly to right field.  A single by Shed Long in the fifth gave the Mariners a two-run lead.  Back to back home runs by Omar Narvaez and Austin Nola in the sixth increased their lead to four... 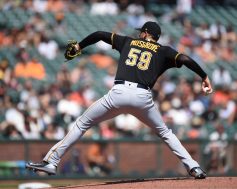 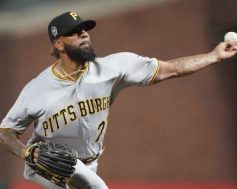 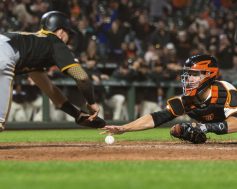 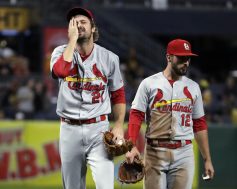 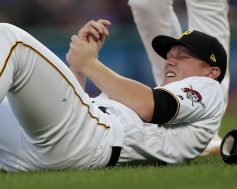 It was a difficult beginning to the home stand for Mitch Keller and the Pittsburgh Pirates.  The Bucs’ top prospect was injured early in the game, and the Pirates lost to the Miami Marlins in extra innings on Tuesday night at PNC Park.

Keller exited his start in the second inning after being hit in the wrist with a line drive.  It was officially listed as a right wrist contusion, with no word of anything more significant than a “day to day” type injury.

This turned into a bullpen game for the Bucs, who used a total of seven pitchers once Keller left.  They held a one-run lead into the ninth inning, when Felipe Vazquez shockingly blew his 3rd save of the season.  The Marlins scored a run in the top of the tenth to win the game.

Adam Frazier hit a solo homerun in the bottom of the ... 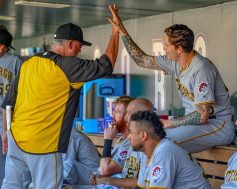 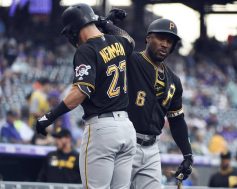 Entering this four game series against the Colorado Rockies, it was anticipated that a lot of runs would be scored.  The Pittsburgh Pirates have an explosive offense, as do the Rockies, setting up for what is expected to be a fun weekend.  The first game of this series did not disappoint from an offensive standpoint, as the Bucs beat the Rockies 11-8 in a wild one on Thursday.

The teams combined for 19 runs on 27 hits, with the starting pitchers, Trevor Williams for Pittsburgh and Chi Chi Gonzalez for Colorado, suffering the consequences.  Williams did earn the victory (7-6), battling his way through seven innings, giving up three runs on seven hits.  Gonzalez, on the other hand, struggled mightily, giving up seven runs on seven hits without even making it out of the first inning. 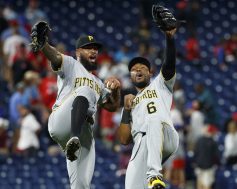 One day after losing a one-run game against the Philadelphia Phillies at Citizens Bank Ballpark, the Pittsburgh Pirates edged out their cross-state rivals with a 5-4 victory in a back and forth battle on Tuesday night.

Steven Brault battled his way through five innings, giving up three runs on eight hits with a walk and a strikeout.  The Bucs used five pitchers in all, including Felipe Vazquez, who recorded four outs and earned the victory (5-1) with a strikeout of Bryce Harper to end the game.

Bryan Reynolds continued his run at the batting title with three more hits on Tuesday, bumping his average up to .332 on the season.  His two run homerun in the top of the first scored Kevin Newman and put the Pirates in front early.

The Phillies scored runs in the second, third, and fourth inning... 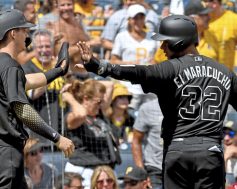