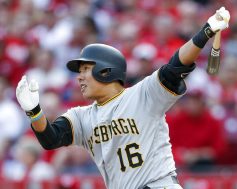 Today marked the beginning of the 2019 season for the majority of Major League Baseball.  The Pittsburgh Pirates were a bit of a surprise last year and were looking to surprise even more people this year.  They would begin their quest on the road to do battle in a three-game series with the Cincinnati Reds.  Cincinnati made a couple big moves in the offseason and one of them would pay off before the final out was recorded.

The Reds would start the scoring for the day in the second inning on an RBI double to left by Jose Iglesias.  Pittsburgh finally got on the board in the sixth when Jung-ho Kang drove in two runs with a single to left center field.  One of those runs was tagged to Cincinnati starter Luis Castillo, while the other went to Jared Hughes. 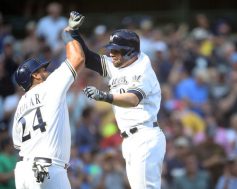 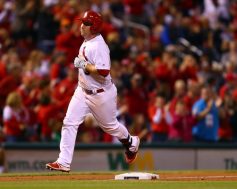 The start of the Pittsburgh Pirates final series did not go the way anyone in the organization or fan base wanted.  The St. Louis Cardinals proved that they have something to play for, as they chase one of two Wild Card spots, while Pittsburgh appeared to go through the motions.  Zero runs, five hits, and two errors are no way to play spoiler to a division rival.

The Cardinals did not jump on the board until the third inning when Jedd Gyorko hit a solo home run off of Bucco starter Tyler Glasnow.  Glasnow pitched five innings and allowed only the one run, to go with four strikeouts and four walks.  He will need to work on his command if he wants to be effective at the Major League level next year.

Trevor Williams would be the Pittsburgh pitcher who got hit the hardest on the night... 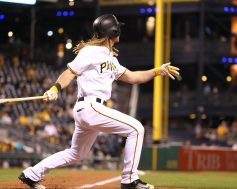 Jaso Hits For Cycle In Pirates Victory Over Cubs

With five games left in the season and the Pittsburgh Pirates eliminated from the playoffs, it would be very easy for them to just go through the motions and limp off into the offseason.  The first two games in this series with the Chicago Cubs have not been easy to watch, but tonight Pittsburgh put a complete game together and picked up an 8-4 victory.

John Jaso was the story tonight for sure, as he became the first person to hit for the cycle at PNC Park.  His quest for the cycle began in the second inning with a leadoff single.  That would lead to a three run home run in the fourth.  With two parts of the cycle out of the way, he would check a double off the list in the fifth and drive home a run in the process.  The final piece of the puzzle came in the seventh with an RBI triple... 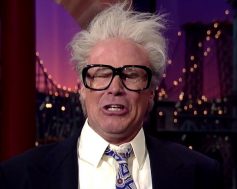 Next week at this time the Pittsburgh Pirates will be enjoying their first day of the offseason, though with their play as of late it appears the offseason began quite some time ago for them.  On the other hand, the Chicago Cubs will be in awaiting their division opponent in the playoffs.  Chicago continued to roll into October with a 12-2 victory over Pittsburgh to open this four game series.

Kyle Hendricks would make the start for the Cubs tonight and continue to make his case for the Cy Young award.  He would allow seven hits over six innings of work, while striking out five and not allowing a walk.  This outing would also see him lower his ERA on the year to 1.99.  Pedro Strop pitched a scoreless seventh, before Hector Rendon allowed the only two runs by the Pirates. 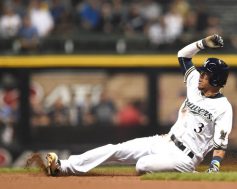 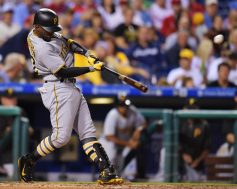 It has been a struggle to score runs for the Pittsburgh Pirates as of late.  The offense has squandered opportunities and failed to cash in with runners in scoring position.  Tonight, though, the bats woke up in a big way, especially in the ninth inning, as the Pirates routed the Philadelphia Phillies 15-2 at Citizens Bank Park.

The Pirates hit five homeruns, including two by Andrew McCutchen and a three-run bomb by Jordy Mercer, while making this one a laugher with an eight run ninth inning.

The Phillies got two runs back in the fifth to make it a 3-2 lead, but the Pirates blew this game open in the late innings... 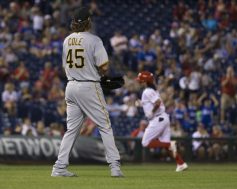 It may be hard for some of you to believe, but there is still some season left for the Pittsburgh Pirates.  Granted it is meaningless at this point, unless you are tracking what draft pick they will have in 2017.  Tonight they opened a four game series on the eastern side of the state with the Philadelphia Phillies.  The venue may have changed, but the result was the same as Pittsburgh dropped the opner 6-2.

Gerrit Cole returned from the DL tonight and looked like he should go straight back to the bench.  He pitched only two innings and gave up five runs on four hits, with four walks and three strikeouts in the process.  All five runs came in the second inning and that started with a Freddy Galvis solo home run.  Cody Asche then hit a RBI double for the second run of the night.  A R... 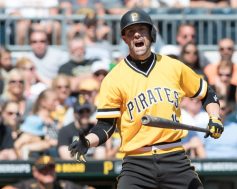 It is getting harder to watch, and even maintain any interest in what is left of the 2016 season for the Pittsburgh Pirates.  Today they dropped the finale of their four game series with the Cincinnati Reds 8-0.  This was their third straight loss to Cincinnati and it also capped a 2-8 home stand.  At this point in the year losses might be better just to improve where they pick in the 2017 draft.

After a scoreless first inning, the Reds plated five runs off of Ryan Vogelsong in the second inning.  Adam Duvall would score on a Brandon Phillips single that ended with Phillips reaching third when Andrew McCutchen failed to keep the ball in front of him.  Phillips would then score on a ground out.  Later in the inning Tyler Holt would hit a two RBI triple past a diving McCutchen... 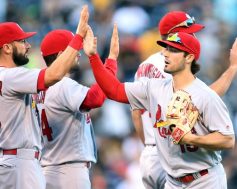