Taillon Beat Up By Giants 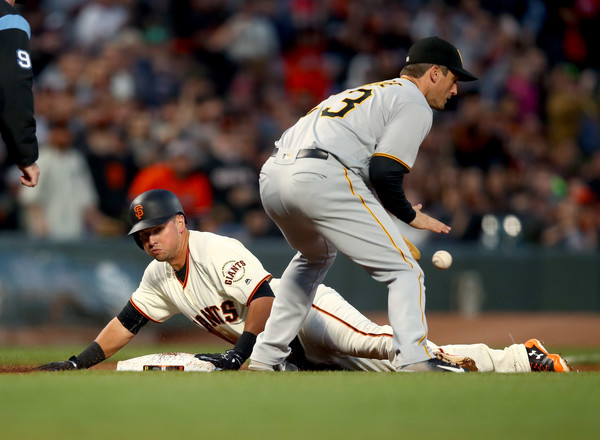 The San Francisco Giants are team on pace for 100 losses this season, and yet they seem to know what it takes to defeat the Pittsburgh Pirates.  For the fourth time in five chances this season San Francisco has walked away on the right end of the final score.  On Tuesday night that happened to be a 11-3 victory over Pittsburgh.

Jameson Taillon had easily his worst start in a Pirates uniform tonight, which falls in line with a bad outing from Ivan Nova on Sunday.  This is not the time of year that a team in a playoff chase needs to be having bad outings from their best starters.  Taillon allowed ten runs, nine earned, on nine hits to go with one strikeout and one walk in just three innings.  Hopefully this was just a blip on the radar for Taillon, because the Buccos will need better from him for the rest of the season if they hope to be playing in October.

The bullpen for Pittsburgh did a respectable job in keeping the Giants held down.  A.J. Schugel walked a batter and allowed a hit during his one inning of work.  Steven Brault would eat up three innings and in the process, give up two hits, strike out two, and walk one.  Wade LeBlanc would work the eighth inning and allow one run on two hits.

The Pirates collected twelve hits on the night, but could only cross the plate three times.  Their first run would come in the fifth, when they were down ten runs, David Freese would hit a RBI single to right that scored Adam Frazier.  Frazier would bring home a run with a sac fly to center in the eighth.  Starling Marte would hit a RBI single to center to bring in Jose Osuna for the final Bucco run of the night.

Pittsburgh playing poorly against bad teams is nothing new for us fans, but it is still frustrating nonetheless.  On the bright side, the Pirates have a chance to win this series in the series final Wednesday afternoon.  Trevor Williams will look to keep pitching well when he takes the mound to face off against Jeff Samardzija.  Game time is 3:45pm.