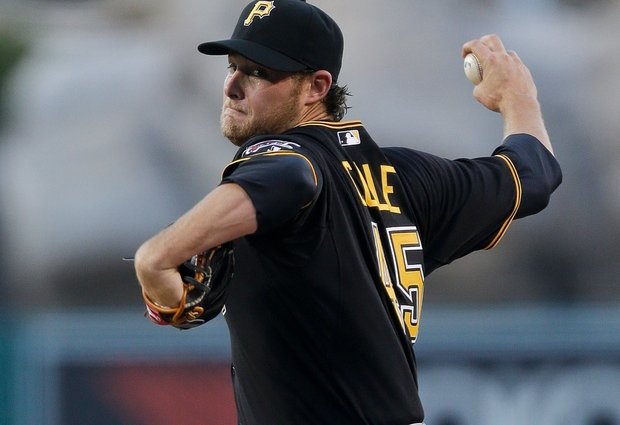 I doubt Dorthy had the 2013 Pittsburgh Pirates in mind when she clicked her heels for a return trip to Kansas, but after a rough road trip, the Buccos needed some time at beautiful PNC Park.  The short home stand is off to a good start with a 6-2 win over the Arizona Diamondbacks.  Everything seemed to fall into place tonight for Pittsburgh as they received solid contributions from the pitching, offense, and defense.

Gerritt Cole started tonight and looked on top of his game after an extra day of rest.  He would last six innings allowing two runs on five hits, while striking out five and walking two.  After allowing two runs in the fourth, he shook off the pressure to get out of that inning and finish the next two.  Two pitchers came out of the shark tank tonight.  First was Jeanmar Gomez, he pitched two innings striking out three and bridging the gap to Mark Melancon.  While it wasn’t a save situation, Melancon looked dominate as usual setting the D-Backs down 1-2-3 for the win.

The offense put up crooked numbers in the third, fifth, and eighth innings.  In the third Pedro Alvarez would bring in two runs on a single to center.  Pittsburgh took the lead for good in the fifth when Neil Walker doubled to center for 3-2 lead.  Andrew McCutchen added an insurance run with a single to center that scored Walker.  Jose Tabata decided to add a couple more runs in the eighth with a two run homer to right field.

While this is a short home stand, it is important for the Pirates to win this series as the St. Louis Cardinals and Cincinnati Reds are on their heels.  The Buccos have played well at home all year and this is an opportunity for them to extend the lead on their Central Division rivals.  Tomorrow is a 4:05pm game with Jeff Locke heading to the bump for Pittsburgh.