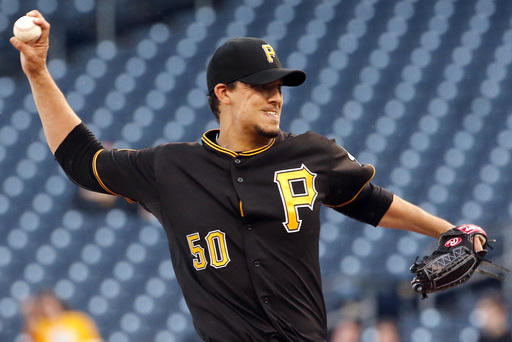 Tonight’s game between the Pittsburgh Pirates and San Francisco Giants will go down in history.  Not for an individual or team accomplishment, but for instant replay overturning a call at home plate to give a team a victory.

Last night’s game was an explosion of two offenses, this game was nothing of the sort.  Starting pitchers Charlie Morton and Tim Hudson were dominant during their time on the mound.  Morton would last eight innings giving up one run on three hits while striking out three and walking two.  That lone run came in the first innning on a sacrifice fly by Ehire Adrianza that scored Brandon Belt.  Tony Watson came in and pitched a scoreless ninth, allowing two hits and striking out a batter.

Pittsburgh tied the game in the second inning when Tony Sanchez grounded out to third scoring Starling Marte.  Through 8.2 innings Hudson was lights out allowing one run on four hits while striking out five and walking one.  However with two outs in the ninth, Marte would hit a ball of the top of the Clemente Wall and head for third.  The throw would get behind San Francisco third baseman Pablo Sandoval and Marte would break for home.  In real time it looked like Sandoval’s throw to catcher Buster Posey beat Marte and this game would head for extras.

Clint Hurdle then came out of the dugout and asked to challenge the call.  The replay showed that Posey missed the first tag, which allowed Marte to touch home before being tagged on the chest, thus giving the Pirates a 2-1 victory.  This is why replay was put in, to get the calls right.  Tonight they were able to do that and in a timely fashion.

The rubber match of this three game series will take place tomorrow afternoon with Gerrit Cole facing off against Tim Lincecum.  After losing six straight series in April, it would be great for the Buccos to win tomorrow for a second consecutive series win and pick up some momentum.