Volquez Goes The Distance Against Cardinals 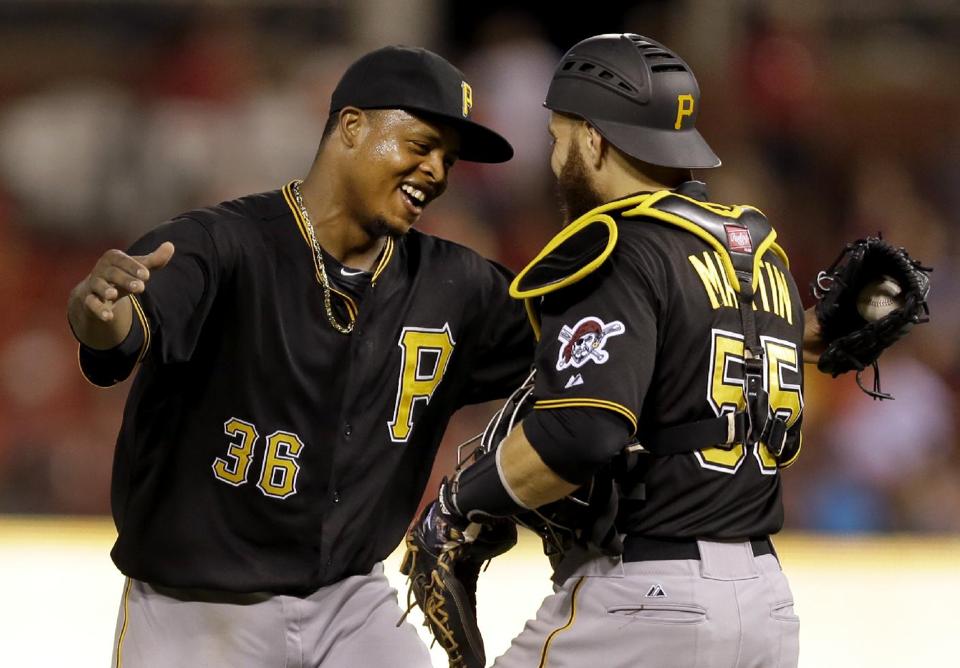 It took ninety two games to accomplish, but finally a member of the Pittsburgh Pirates starting rotation pitched a complete game.  That man would be Edinson Volquez and with that performance he helped lead Pittsburgh to a 9-1 victory over the St. Louis Cardinals and avoid a four game series sweep.

The starting pitching for the Pirates had not been bad this series, minus Brandon Cumpton last night, but they could not find any offensive support to pick up the win.  That changed tonight, as the Buccos were able to find a steady stream of offense in the middle part of the game.

Pittsburgh struck first with a Russell Martin single that scored Andrew McCutchen.  After St. Louis tied the game in the third, the Pirates would strike for three runs in the fifth.  McCutchen would single home Jordy Mercer, that was followed up with Neil Walker bringing home Gregory Polanco and McCutchen with a double to deep right center.

The Buccos were at it again in the sixth.  It all started with All-Star Josh Harrison hitting a ground rule double to left field that plated two runs.  A passed ball would then bring home Polanco, before McCutchen would collect his second RBI of the night with a sac fly.  The scoring was capped when Martin would hit a solo homer to deep left in the ninth inning.

Volquez was excellent tonight and looked like the stopper this team needed while mired in a three game skid.  The lone run he would give up on the night came on a sac fly in the third inning.  When the game was over he would stike out five, walk two, and allow six hits.  All of this would occur on 114 pitches.

While this was an ugly series for Pittsburgh, this was a much needed win tonight, because a sweep to a team you are looking up to in the standings would have put a damper on their success of a week ago.  After the win tonight, the log jam atop the N.L. Central only gets tighter as 3 ½ games separate first and fourth.  The Pirates will begin their final series before the All-Star break tomorrow night when they play the first of three against the Cincinnati Reds.