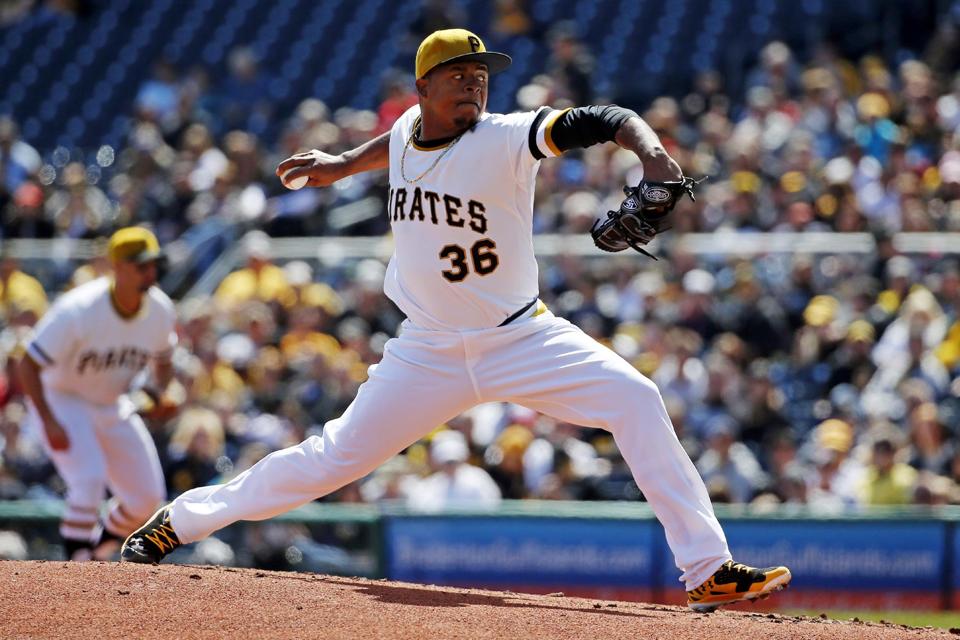 When the Pittsburgh Pirates signed Edison Volquez this offseason it seemed like a longshot that they would be able to turn around another career like they had in 2013 with Francisco Liriano.  Spring training with a plus ten ERA did nothing to quiet that doubt.  Today however, gave a peek that Volquez may be able to be an efficient five man in this rotation.

Adam Wainwright started this series finale for the St. Louis Cardinals and was once again a dominate force over the seven innings he pitched.  Allowing two runs on five hits, while walking two and striking out seven is usually good enough for a win.   Today was different though, as his mound opponent would go 5 2/3 allowing one run on three hits, with four strikeouts and one walk.  From there the bullpen combination of Tony Watson, who picked up the win, Mark Melancon, and Jason Grilli continued to shut the door on the Cardinals for a 2-1 win.

The Pirates were able to jump out to a 1-0 lead in the fourth when Neil Walker hit a RBI double to right field that scored Andrew McCutchen.  St. Louis tied the game in the sixth with a Jon Jay triple that brought in Matt Carpenter.  Tony Sanchez would once again provide some offense in the seventh when he brough in the winnng run, Pedro Alvarez, in the seventh on a RBI double.

Overall this was typical battle between two teams that look to build upon the success of 2013.  While nothing was clinched in these three games, I think it is important for the Buccos to show that last year was no fluke and be able to win series against the top teams in the National League, especially when they are at PNC Park.  Pittsburgh will have a day off tomorrow before they head out to Chicago to begin a three game series with the Cubs on Tuesday.