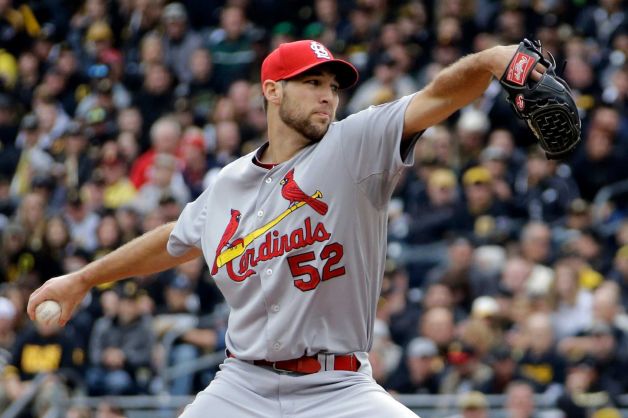 Wacha was brilliant today, taking a no-hitter into the eighth inning.  Morton was also up to the challenge, holding the Cards in check throughout most of the game.  He gave up two runs on three hits with four walks and four strikeouts in his 5.2 innings of work.

Morton was very aware of the damage that Carlos Beltran had done thus far in the series, and he and the Bucs were not going to let him beat them.  Chuck walked him twice on the day, but the second time through turned out to be a big one.  After putting him on base to lead off the sixth inning, Morton got two strikes on Matt Holliday.  The Cards’ left fielder hammered a two-run homerun to dead center field to put the Cards up 2-0.

Wacha took a no-hitter into the eighth inning, and after striking out Marlon Byrd to lead off the frame, he fell behind Pedro Alvarez in the count.  Pedro was sitting on a fastball with a 3-1 count, and he didn’t miss it, hammering a solo homerun to right center field, bringing the Bucs within a run and bringing the PNC Park crowd to their feet.

Unfortunately, the Pirates would get no closer today.  Despite having runners on base in the seventh, eighth, and ninth innings, they weren’t able to bring the final run across.  After Neil Walker forced a two-out walk in the bottom of the ninth, Andrew McCutchen stepped to the plate and found himself ahead in a 3-1 count against the Cardinals’ Trevor Rosenthal.  But much to the disappointment of the PNC Park crowd, Cutch flew out weakly, ending the game.

This was a game that the Pirates desperately wanted to win…and with good reason.  Now, they must return to Busch Stadium for a win-or-go-home showdown against Adam Wainwright, who dominated them in Game One.  The final game of the series takes place on Wednesday evening, live from St. Louis.