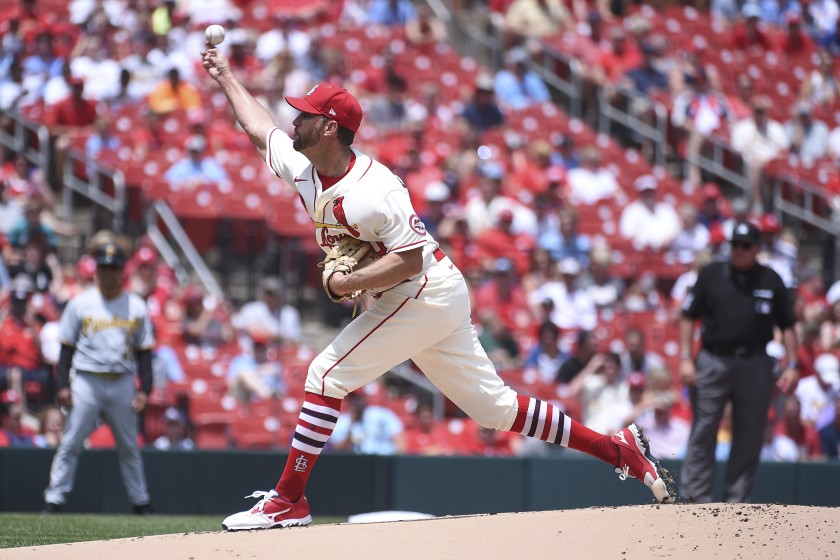 After winning the first two games of their four-game series at Busch Stadium, the Pittsburgh Pirates faced a familiar pitcher on the mound this afternoon in the St. Louis Cardinals’ Adam Wainwright.  The right hander has been a staple of the Cardinals’ pitch staff for years, and has almost always pitched well against the Pirates.  That trend continued on Saturday, as he kept the Bucs’ bats in check throughout his performance, as the Cardinals went on to a 3-1 victory.

Yadier Molina singled home Dylan Carlson in the first inning to give the Cardinals a 1-0 lead.  A solo homerun by Paul DeJong in the second inning made it a 2-0 score.

Pittsburgh scored their lone run of the game in the top of the fourth on a solo homerun by Gregory Polanco, his eighth of the season.  But the Cardinals’ equalizer came in the fifth inning when Paul Goldschmidt hit his 11th homerun of the season, a solo homerun to center field, making it 3-1.  The final four innings would be scoreless by both teams, as the Cardinals went on to win the game.

This was one of those games for Pittsburgh.  They just couldn’t come through with the hits in the key moments.  They fell behind early, and even though it was by a couple of runs, they couldn’t complete the comeback and earn their third straight victory.

Despite the loss, the Bucs still have an opportunity to win this series when they take the field tomorrow afternoon in the finale.  Max Kranick will take the mound for Pittsburgh against Johan Oviedo for St. Louis.