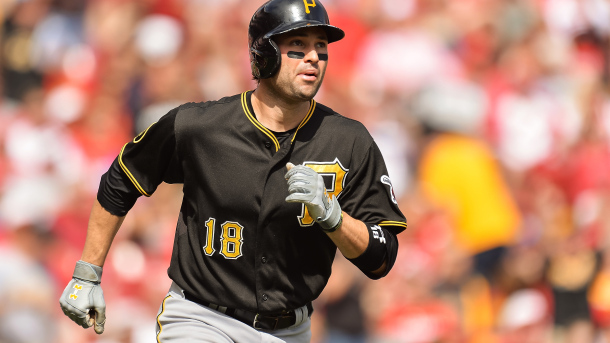 Niese, a 29 year old lefty, brings eight years of Major League experience to a team in need to immediate starting pitching. In 2015, he started 29 games, boasting a 4.13 ERA. In his previous three seasons, however, he made 84 starts, ate 521 innings, with an ERA of just 3.49.

Financially, the Pirates and Walker could never come close to terms. The team reportedly began reaching out to him as far back as 2011, but they could never agree on an extension. Walker is eligible for arbitration for the final time this winter and will reach free agency after the 2016 season. As for Niese, he will earn $9 million in 2016. His contract contains a $10 and $11 million club option in 2017 and 2018, both with $500,000 buyouts.

As expected, this move has spawned mixed emotions amongst Pirates fans. Some saw this as an inevitable ending to Walker’s run in Pittsburgh, while others see the organization as being too cheap to sign “one of their own”. Walker had a tremendous career in Pittsburgh, but at 30 years old, with a bad back and other ailments hindering his play in recent years, one has to wonder if his best years are behind him. Walker wanted top tier money for a second baseman, and who can blame him? He’s one of the top power-hitters at his position in the league. Still, with a long term deal with top tier money on his mind, there was no way a deal was going to be worked out between him and his home town team.

Meanwhile, the acquisition of Niese is an interesting one. He will undoubtedly fill a much-needed empty space in the Pirates rotation. He joins a rotation of Gerrit Cole and Francisco Liriano, as the Bucs continue to compensate for the losses of A.J. Burnett and J.A. Happ to retirement and free agency respectively. Niese was left out of the rotation down the stretch last season, and his numbers in 2015 took a step backwards from his work in the previous three seasons. But being a ground ball pitcher at a pitcher-friendly PNC Park and a better defense on the North Shore than what he was playing in front of in New York, Niese could find his groove quickly.

This hardly solves the Pirates problems, however. While Niese fills a spot in the rotation, the Bucs still have some things to figure out. First of all, they still need to find another starter, whether it be from within or from free agency. Charlie Morton and Jeff Locke are still on the roster, but they are certainly not the answer we are looking for if we are hoping for a division title in 2016. And Walker’s exit leaves a hole at second base. Josh Harrison seems like the obvious choice to move to second with Jordy Mercer at shortstop and Jung Ho Kang at third. And while all reports are that Kang is recovering well from season ending knee surgery in September, there’s no way to tell if he’ll be ready for Opening Day in April. Alen Hanson is also on his way up, but he has no Major League experience, and it is not known what the Pirates’ plans are for him.

Obviously, there is still time for moves to be made, and the Pirates will need to do something to fix this lineup from what it is currently. With the trade mill mentioning names like Mike Napoli, Mitch Moreland, and Scott Kazmir, the Pirates are, at the very least, checking in and doing their due diligence on ways to make this team better.

But for now, the focus of all Bucco fans is saying goodbye to “one of our own,” and remembering the great career of Neil Walker as a Pittsburgh Pirate.