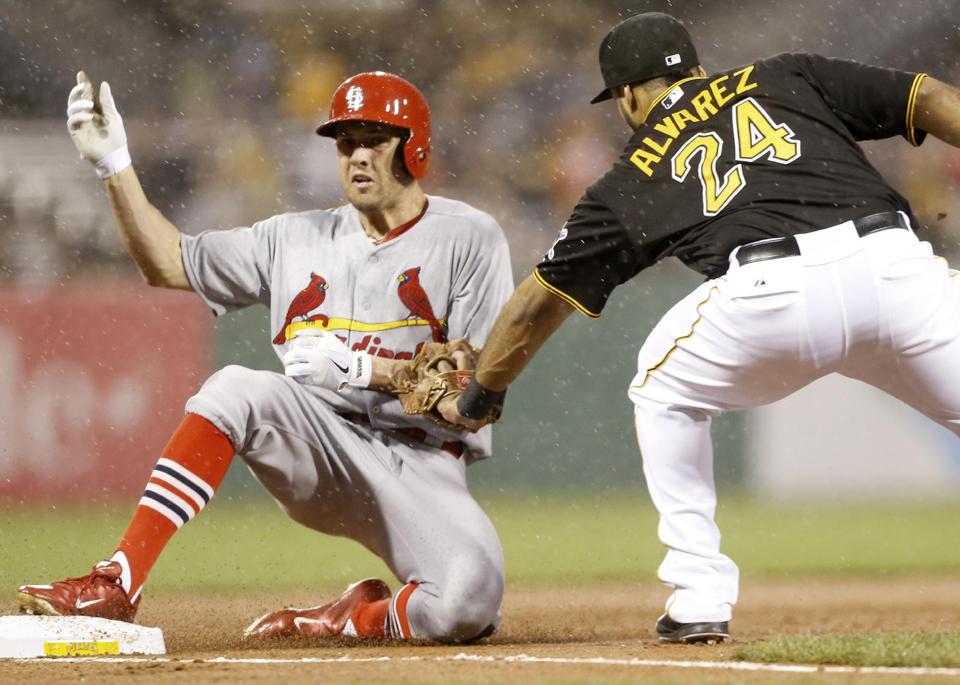 The Pittsburgh Pirates have won two straight series during this nine game home stand.  Tonight they would begin a three game series with N.L. Central foe the St. Louis Cardinals.  If Pittsburgh hopes to keep pace in the division race they would need to continue to win series after a rough April.  The game tonight was a great start to this three game series, as the Pirates would win 6-4.

The Buccos struck early with a Ike Davis  ground rule double that scored Jose Tabata and Neil Walker.  That lead would hold up until the fourth inning when St. Louis rightfielder Allen Craig would launch a three run homer into the Cardinals bullpen.

Pittsburgh starting pitcher Francisco Liriano would last through five innings, giving up three runs on five hits, while walking four and striking out five.  Liriano still has some work to do to regain his 2013 form.  Fewer walks and going deeper into the ball game would be a great place to start.

With the Pirates down 3-2, Walker would tie the game with a RBI single to left that scored Tabata.  St. Louis then regained the lead in the seventh on a Jhonny Peralta solo shot off of Jeanmar Gomez.  Fortunately, the Buccos got another big at bat from Walker in the bottom of the seventh.

Jordy Mercer and Gaby Sanchez would lead off the innings with singles.  After a Tabata sacrifice bunt to move the runners to second and third, Walker would blast a three run homer to right field to put Pittsburgh ahead for good.

Mark Melancon would enter the game in the ninth with a save on the line.  After giving up a lead off double, he would record a ground out, line out, and another ground out to pick up his third save of the year.

This was another good comeback win for the Pirates and a good way to start this series.  While it is never easy to beat a team like the Cardinals, this puts the Buccos in great shape to take a third straight series and build on a successful home stand.  Game two will take place tomorrow night and feature Edinson Volquez against Lance Lynn.