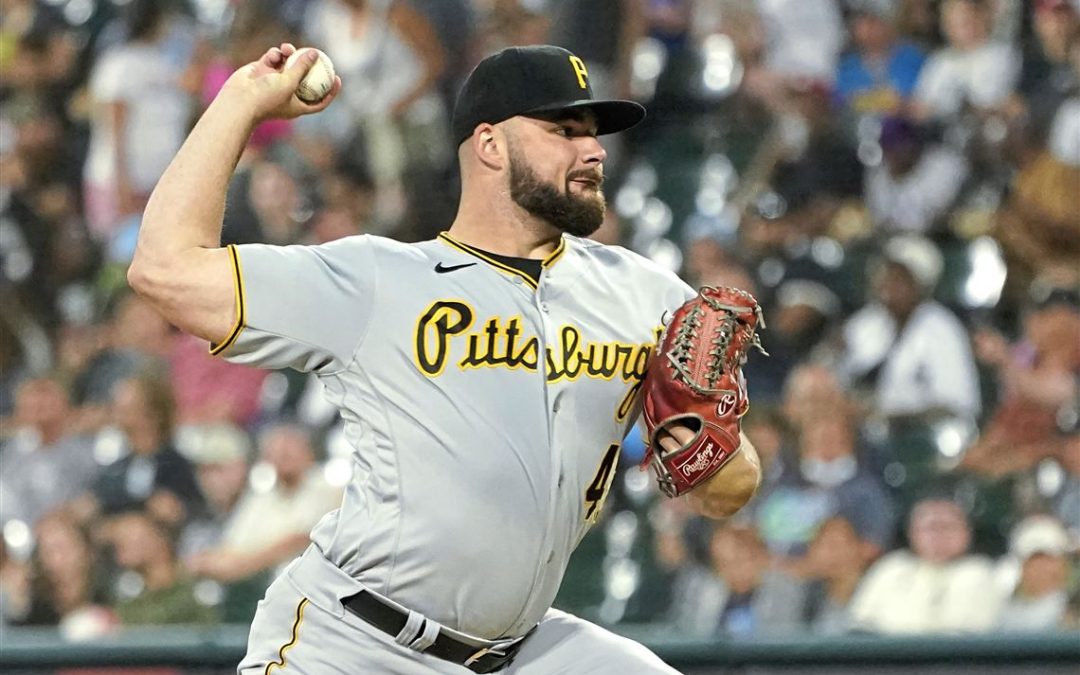 The Pittsburgh Pirates kicked off a six game road trip in the Windy City on Tuesday night in the first of an abbreviated two game set against the Chicago White Sox.  Unfortunately, Bryse Wilson and the Bucs came up short on Tuesday, dropping the series opener by a 4-2 score.

Wilson fell to 2-6 on the season with the loss, giving up four runs on six hits in five innings of work.  His mound opponent, Lucas Giolito, gave up two runs on three hits in 4.1 innings before leaving with a hamstring injury.  Michael Kopech earned the victory for Chicago, while Liam Hendriks tallied his 30th save of the season.

The White Sox took the lead in the bottom of the second inning on a line drive homerun by Yasmani Grandal, his 18th of the season.  Their second run came via a solo homerun as well, this time by Jose Abreu (28).

The Pirates scored their first run on a wild pitch by Giolito in the fifth, allowing Hoy Park to score.  Colin Moran’s single later in the inning scored Ben Gamel to tie the game, 2-2.

Chicago loaded the bases in the sixth inning, and while they didn’t exactly break the game wide open, they did enough to secure a lead for the bullpen.  Brian Goodwin drew a bases loaded walk to give them a one-run lead, and then a sacrifice fly by Leury Garcia plated their second run of the inning and their fourth run of the game.

The Pirates played a hard fought game against this solid White Sox team, but they couldn’t muster up enough offense to come away with the victory, something that has been a trend for this club all season.  As for Wilson, it was another solid start, but the Bucs came up short in the latter innings in a comeback attempt. They will try to escape with a series sweep in the second and final game of this series on Wednesday.