Wong Walks Off Against Pirates 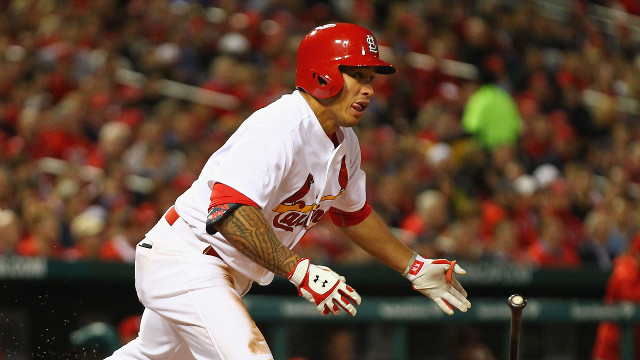 The Pittsburgh Pirates woes against the N.L. Central continued tonight, as they were walked off against for the second straight night.  Tonight it would be Kolten Wong who would hit a solo home run to right field to give the St. Louis Cardinals a 5-4 win.

Wong got the scoring going for St. Louis as he would double in two runs in the second inning to put the Cardinals up 2-0.  In the fourth inning, Pedro Alvarez would hit his 100th career home run, this being a two run shot to tie the game 2-2.

The Buccos would take a 4-2 lead in the fifth when Andrew McCutchen would homer to deep right to score Gregory Polanco.  That lead would not last long, because in the bottom part of the inning Matt Holliday doubled in two runs to tie the game 4-4.

The fifth inning would also close the book on Pittsburgh starter Vance Worley.  Not his best work of the season as he gave up four runs on nine hits while striking out three.  Jared Hughes pitched two innings, while giving up one hit.  He was replaced by All-Star Tony Watson, who pitched one inning of shutout baseball.  It would be newly acquired reliever Ernesto Frieri who would give up the solo home run with two outs and two strikes in the ninth.

It was another night of wasted opportunities for the Pirates.  They would leave seven men on base, fall another game behind the second place Cardinals and lose the chance to gain a game on first place Milwaukee.  The Buccos will need to salvage this series beginning tomorrow night at 8:15pm.