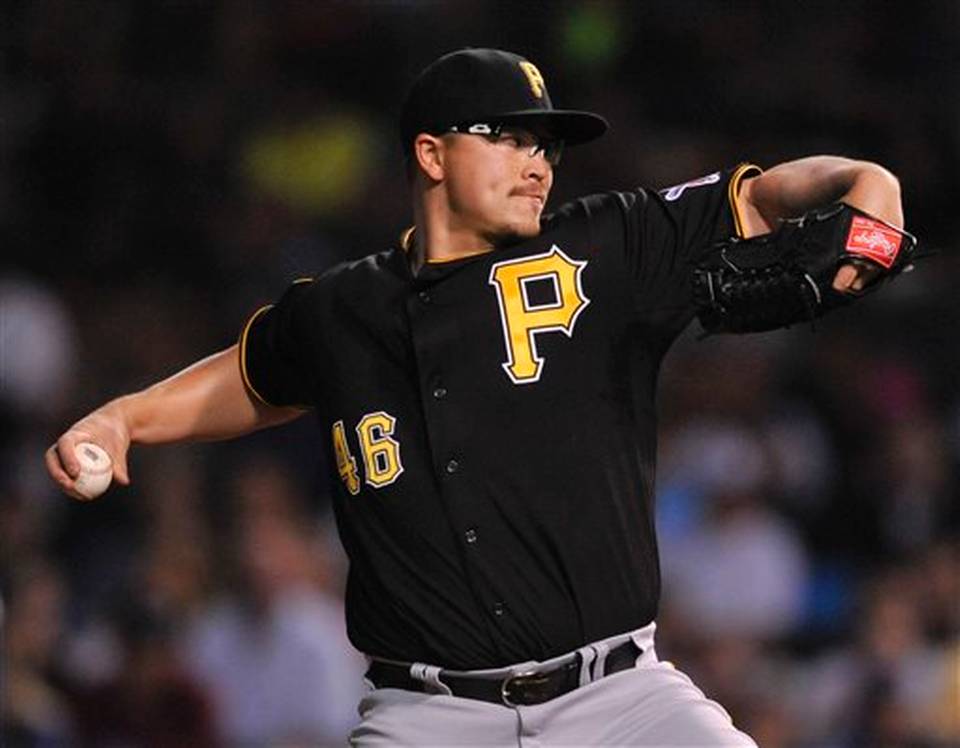 After a disappointing series in Colorado, the Pittsburgh Pirates entered tonight’s game against the San Francisco Giants with an opportunity to gain some ground in the N.L. Central. The Bucs got off to a great start in this game and in this series, scoring four runs in the first inning on their way to a 5-0 victory at AT&T Park.

Vance Worley was magnificent for Pittsburgh tonight, tossing a complete game shutout, giving up just four hits and one walk. He improved to 4-1 on the season, while lowering his ERA to 2.54 for the season. His mound opponent, Madison Bumgarner, fell to 12-8 on the year, giving up five runs on six hits and two walks through four innings.

The Pirates loaded the bases against Bumgarner in the first inning. Josh Harrison walked, Jordy Mercer singled, and Andrew McCutchen walked, setting the table for Gaby Sanchez with no outs. The Bucs’ first baseman hit a sacrifice fly to deep center, scoring Harrison for the game’s first run. Neil Walker and Russell Martin followed with back to back singles, scoring Mercer and McCutchen to push the lead to 3-0. Gregory Polanco concluded the scoring with a sacrifice fly to right field, scoring Walker from third. When all was said and done, the Giants trailed by four runs before even coming to bat.

Pittsburgh added another run in the second inning on a solo homerun by Harrison, pushing the lead to 5-0. That would prove to be more than enough for the Worley, who pitched a game of a game this evening. It was Vance’s first career complete game shutout, as he gave up just four hits.

This was a great way to start this series for the Pirates. The Giants have struggled mightily at home lately, and the Bucs took advantage, jumping on top early and never letting them really get into the game. With the win and the Milwaukee Brewers loss, the Pirates are just two games back in the division.

The Bucs will look to take the second game of the series tomorrow night in San Fran. Francisco Liriano will start for Pittsburgh against the Giants’ Tim Hudson.